In my latest email from home, it seems that there were some highlights and talk in Singapore of our PM Lee’s speech at Cambridge 800th anniversary gala dinner. Well not that I do not know of despite it happening within close proximity from where I am, but hey I have other things to worry about.

There was social last weekend at the CUMSA club (Cambridge University Malaysia and Singapore Association) and ironically it was actually founded by Lee Kuan Yew, LKY almost 60 years ago in 1948. Well not that I actually knew of it when I joined. Haha anyway, I kinda signed up as a lifetime member with the club. It was games night last Saturday and we had quite some ummmm fun, as you can see in the pictures, hey it’s a social event after all right? 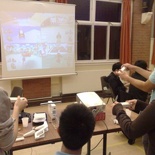 Deck out the Wii! 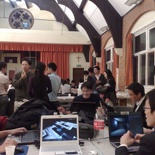 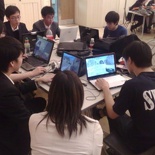 Besides the doses of fizzy drinks and oily fingers from food, it was largely a social event, we had games, Nintendo Wii, poker, card, board games and the best part (and why I was there) LAN gaming! Yea Counter-strike, DOTA and possibility L4D in the future as well. A fragfest it was, a much needed one too after a long week. Wahahaha I don’t think LKY envisioned his club as it being such as now, haha but at least we are keeping on with the times!

Food Alert!
Play hard? Also work hard! I was literally packed over the weekend, I had to submit a report and 2 example papers homework over the weekend, so I was relatively busy, so were the lack of updates as well. But that didn’t stop me from organising my first cookout over the last weekend! as well, that was earlier that same Saturday as well! 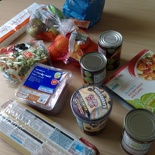 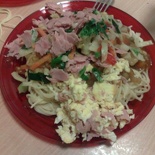 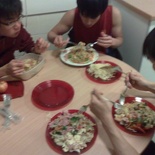 I initially wanted to prepare linguine with clams, but Saintsbury’s (aka their NTUC or cold-storage) was out of clam chowder, so I had to settle for beef stew with a vegetable mix instead of the sauce. Top it up with some smoked ham and going generous in helping some of my college mates finish up some soon-to-be-expired eggs. I prepared my first cookout!

Yea, a cookout for the gang as well. Ahah not bad for my first! I COOKED THAT Wahahah!
Oh yes, in short, that is pasta with beef stew, cabbage vege-mix, scrambled eggs, shredded ham and leafy vegetables, very wholesome!

Lastly on the weather, despite winter being quite far off, it gets cold enough here at night and in the mornings to “smoke from your mouth” when you speak. I think it hits close to freezing here at night, despite the meteorological services reporting 4-8 degrees. Nevertheless, I am still getting on the temperatures here very well, strangely being clad most of the time wearing only 2 layers of top clothes with single layer jeans and shoes. I should be able to handle winter with not much problems. The only problem is that your hands do get only very cold after awhile when outdoors, especially when you are cycling, but gloves always help!

No one seems to wear slippers of sandals out here, unlike what I do everytime in Singapore, maybe I should actually dress less sloppily?