Home Blog University Fedex has been fed, textbooks are here

It’s a little more than a month before the Michaelmas term begins in October. Time do passes very fast and before you know it, it’s time for studies again. I just feel that I am really running out of time for the things to do before flying abroad. My calendar is packed to the brim and there is just simply too much to be done now. Anyway, it had been sometime since I blogged about personal matters, so I will just talk about them here in segments.

Catching up with the gang
Despite all these commitments, I guess a promise is still a promise, particularly towards those I rejected for meets given my absence in Singapore over the last period. Yes, it had been quite a pain rejecting everybody who wanted a causal meet/farewell before I fly off, but I was not available then. So what is left to do for the rest of August is to call up my friends, cousins, classmates and clients to get all the appointments/outings/events/dinner/lunches organized. Feel so bad that I was not able to do so presently now as I am still recovering from an ankle injury, so I won’t be running much this year end, nor take part in the year end Marathon this year as well. Oh bummer. 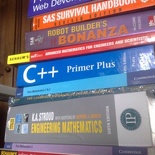 Retail therapy
Nevertheless, been purchasing quite alot of things in prep for the term as well. In addition to my formidable wall of textbooks which I will be shipping up with all my poly notes and textbooks, I will be also getting myself a new laptop which will be my new primary computer, replacing my current desktop PC which will be left here in Singapore. This laptop is an Core-i7 running on the X58 chipset with 6GB of DDR3 Ram in triple channel. And it’s kinda rated better in productivity than my desktop too, only that it weighs 5kg.

Got myself a new SOG B61-N EOD PowerLock multi-tool together with new pair of Oakley Jackknife 4.0 glasses, you can check out the review I did on Oakleys on Amazon.com here. Will be installing transitions on this bad baby.

Windows 7 RTM
Windows 7 RTM had been released off MSDN and I am still stuck on vista till I get the retail on October 22th. Microsoft had offered me a discounted one year tech-net subscription at S$458, which allows me to download Win7 as well as Office 2010 when it’s released. Still contemplating whether I should go for it.

Flight to Cambridge
With my short stay here in Singapore, I will be off in about a month’s time as well. My flight to London will be scheduled on the 25th September, on an A380. The thing which still puzzles me is why a 2 single trip tickets up to London cost about twice as much as a single return ticket.