Home Technology Computers Gearing up for the “all powerful” Alienware M17x 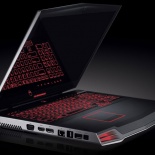 With my university term starting in October, it’s very much shopping time to get the gears and stuffs in preparations for my departure. Shopping is good therapy, well, not until you see the bill!

The choice of my desired system was much of a personal debated topic as well. The story started with this quad core desktop which I currently use as my primary computer, but it won’t be something I would see lugging all the way, let be shipping with my books to UK for use in the dorms. It will be too much to handle, let be to move around if I have to switch rooms between semesters. So the logical choice will be a laptop, which brings us to another problem- There is currently no laptop I have which has as much computing power as my desktop, the solution? Get a new laptop? What laptop? well!

After much searching and re-searching, I finally come to choose few desktop replacement laptops which I will using for my whole university term of 4 years till I graduate- namely the Alienware M17x (which gave me mixed feelings about it’s exclusivity when it was made available in Singapore now, though I planned to get it while in UK), the Clevo/Sager NP9850 (or the Core i7-940 based NP9280) and IBM/Lenovo Thinkpad W700. These babies are not so much your average laptop, with 17″ screens and weighing about 5kg- not much the proper definition of “portable” but beats lugging 20kg of steel and monitor around as well. Anyway this laptop will be based in my room as a personal system where it will be permanently mated to the wall socket. I will be using my current lighter Fujitsu tablet for lectures and tutorials.

The IBM Thinkpad is cool because it has a tablet built-in which is cool for illustrations or a quick doddle, but is not compared to a dedicated tablet which I already have. Though you can the bells and whistles such as Quad core processors, workstation graphics and DDR3, the W700 is expensive, let be overpriced- about $9000 fully loaded with not much graphic options as well. And yes, there is no Macbook pro which can satisfy my computing requirements, so I am leaving that completely out.

The Alienware however, appeals to me through 5 main points- Price, performance (it’s claimed to be the fastest laptop in the world at the moment), gamer orientation, X-factor and support is backed by Dell, which I say is superb. What’s more it has freaking cool lighting and doesn’t look like a laptop my dad would use. So for a laptop which is as or even exceedingly powerful than my desktop, I feel there is a need to turn to the “all-powerful”:

I am only having gripes to forgo the Sager NP9280 with the i7 processor, as that is truely proper desktop processor but it’s just a shame that laptop do not offer SLI or a blu-ray writer, what’s more it looks ugly.

Mmmm it seems that once you put your foot in quad cores and 1200p HD screens, you will never own a system lower than that. The laptop specified at the following costs about $5500 including GST. I have yet confirm prices through phone with Dell but it can be roughly $300-$500 cheaper by ordering through phone than online.

Frankly speaking $5500 is a considerable sum at a go. But after some consideration of this being my primary system for daily use with school, projects and maybe work, it’s quite a bargain for what I can possibility achieve with it. So do I consider this much of an investment rather than a purchase?

Can’t wait to get my hands on this.