Home Blog Remembering Michael Jackson: The Greatest of All Time 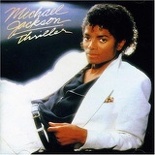 Today saw a sad moment and the lost of one of the greatest pop stars in history. Jackson collapsed at a rented home in Holmby Hills in Los Angeles from an cardiac arrest, attempts at resuscitating him by his personal physician and at the UCLA Medical Center was unsuccessful.

Though speculation was already turning to what killed the 50-year-old “King of Pop” just weeks before a long-awaited series of comeback concerts around the world. A family attorney said on Friday he had been concerned that Jackson’s use of prescription drugs for dancing-related injuries would eventually prove fatal and that the entertainer’s inner circle had ignored his warnings. There is still no word on insurance coverage for the cancellation of concerts which sold-out 750,000 tickets within hours. While the internet flooded large-scale outpouring of grief among fans. We must not forget what made Jackson one of the most iconic pop star who brought us not only chart-breaking great songs and the moonwalk, but a whole new revolution for the evolution of music.

Jackson dominated the charts in the 1980s and was one of the most successful entertainers of all time, with a lifetime sales tally estimated at 750 million records, 13 Grammy Awards and several seminal music videos. His album, “Thriller”, was the best-selling album of all time, and on the record books as well, with more than 100 million sales

“Michael was and will remain one of the greatest entertainers that ever lived,” said Motown Records founder Berry Gordy, Jackson’s first label boss. “He was exceptional, artistic and original. He gave the world his heart and soul through his music.”

Jackson’s reputation as a singer and dancer was overshadowed in recent years by his increasingly abnormal appearance and bizarre lifestyle, which included his friendship with a chimp, a preference for the company of children and the acquittal of child molestation charges. Through the good, bad and ugly, nothing can ever change what Jackson had done and accomplised as a talented musician himself.

I had always admired Jackson as a genuine and talented musician- one of the few of actually write and choreograph his own songs. But never considered myself to be a hard-core fan. However, people often underestimate the power of music, and the effect that it has on us. We sometimes forget how a great song with a feel-good message lifts us up, and makes us smile and remember the place we had the most fun dancing to it and with whom. Just as we endured the death of Elvis, the breakup of oldies and legends such as the Beatles, Abba or the Beegees- songs my parents grew up listening, but something I never learned to appreciate and connect as much as what Michael Jackson does with his songs.

I guess I will come to understand that as with anybody who comes by and made that place in you, what will determine the fate of anybody is ultimately the test of time itself.

May you rest in peace, Michael Jackson, you are indeed a thriller.