Home Blog Occasions The New Year Hello 2009! What are your resolutions for 2009? 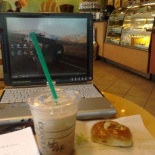 Well, it’s time of the year again where we just look back on the year and reflect what we’ve done in turn for the light of the new year.

2008 saw many firsts, the first US black president. The first Formula 1 night race in Singapore which in turn yielded the first and youngest black Formula 1 world champion (Lewis) as well. 2008 was rather eventful as well, with the Beijing Olympics, the melamine scare, unearthly fuel prices, the fall of financial institutions, ponzi schemes in action as well as the global economic crisis, not to mention the escape of Mas Selamat and the opening and breakdown of the Singapore Flyer within the same year as well.

My year in recap
2008 was a rather eventful year in a long time to come for me. A rather life changing one in fact as well and very much set the pace and outlook for what I will be doing in the next 4 to 5 years or so. Notable ones will definitely be the early part of the year saw my final year project clinching the Gold award in the 2008 Spinnovex exhibition, and of course graduating from SP this year, commendably with the Lee Kuan Yew award of mathematics and sciences and an overseas scholarship by the Defence sciences community. I was featured in quite a substantial number of publications in both print, TV and the internet. Other notable achievements for 2008 will include the NYAA gold award presented by SR Nathan for my community commitments and projects as well as bagging the Best Blog Design for this blog in the 2008 SPH Singapore blog awards. 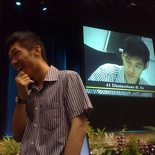 Academia
A graduating year will mean a time at the crossroads again, with so many choices in hand and decisions to make. Sometimes in the midst of all the frenzy I just wonder am I always making the right choices. Though I have yet to confirm which overseas university I will be studying in, I will be largely based overseas for next year onwards where the university term starts around mid year onwards.

Running
On the sporting front, 2008 saw me running half of the mileage I did for 2007 (about 1000km+). I had not been running much, but I managed to keep up with most of the running activities round the calendar for the year as well, including Singapore Polytechnic Poly 50 which all my track alumni teams coming up as winners. I guess when health an fitness come into the picture, it will be worth noting that “getting fitter” or “losing more weight” are often popular “no-brainers” for many (which too results in surge of gym signups in the beginning of the year). This year saw me running at least a half-marathon for endurance events, forgoing my annual marathon due to year-end commitments. Maybe I can look forward to more overseas sporting events next year which will definitely be a new twist compared to running events in Singapore. 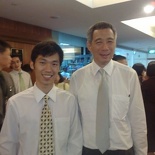 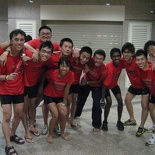 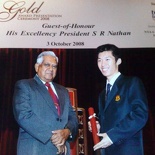 In Closing
2009 will another challenging year, otherwise a transition year for the economy to take it’s paces into recovery and of course a year of challenges ahead. We will close 2008 very soon, together with the year of the Rat, welcoming 2009 and the year of the Ox. 2008 was a year of achievements, 2009 will be a living out those achievements.