It has been, well a rather eventful week with few rather interesting dates to boot, not to mention constant work lined back to back. Finally found some time to submit my UCAS application on time way before the deadline on 20th September for Cambridge university (yes dated updates). Submitted my applications but so far most of them have yet to acknowledge my application, so far for UK, only UCL replied today via E-mail, so Imperial and Cambridge are still largely in the wraps, though I have a preference to the latter.

Friday, yesterday, saw the NYAA gold award ceremony, so it was really something I was always looking forward to which I will cover in a separate blog post. Then there is work, busy busy work. I think one of the other consequence of being your own boss is the flexibility to do what you want with the time you have, otherwise this flexible hours also thinly paints the line between work and play as well, considering I do my work at home. I’ve always seen myself working 7 days a week, often in front of the computer the moment I wake up in the morning till late around 2am at night the last few weeks to finish up projects and commitments in school for the month of October. 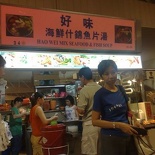 Reached home today at about 11am after the track and field chalet, so kinda slept throughout the afternoon before heading out to Harbour front (Seah Im food center) for dinner at the popular sliced fish noodle stall. The sliced fish they serve ther are all very solid, firm and tasty, which I guess made them a favorite in the area. The famous carrot cake and Hokkien mee stalls were open as well, so it won’t hurt to indulge a little as well. is good as well. Window shopping around Vivo city was next, brought a new replacement Sennheiser earphones which I will using for running at Challenger.

Phone not repaired after all!
Crap, after collecting my Nokia N95 8GB last week from the Wheelock repair center, found out yesterday that my video call camera is not working- after trying to use the phone as a mirror to adjust my suit and tie before collecting my award from the president. The screen data cable could be together with the front camera and light sensor, but since they repaired that, they created other more problems and my keypad lights are always on no matter how bright ambient light is as well (it won’t turn off). However, since they got the latest firmware in, the phone standby battery life has improved significantly, about 20-30% more or 1 1/2 more days. Maybe because I was not able to get my old screensaver clock installed due to Series 60 irritating software installation and signing restrictions, maybe that could have ate alot of standby cell life. Nevertheless, still have to drag my butt to the repair center again lucky the warranty is still not over. 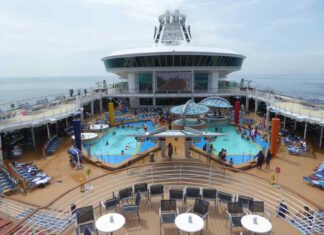 Shaun - Sunday, November 22, 2020
All aboard the Royal Caribbean Mariner of the Seas for a cruise to Penang Malaysia from Singapore. This post shall cover my cruise experience... 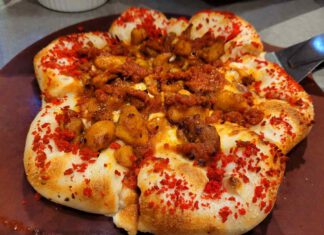 Shaun - Sunday, February 28, 2021
As part of the Chinese new year celebrations, Pizza hut had released what they call the Pizza hut Prosperity blossom meal. Notably, for a...