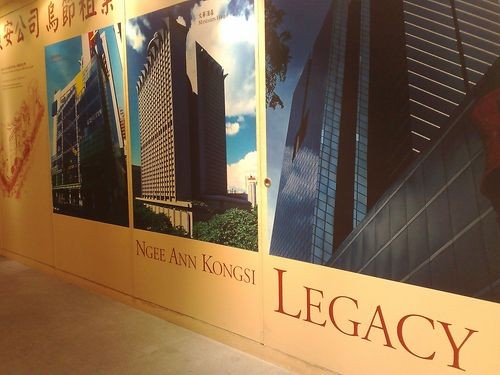 The Ngee Ann Kongsi 2008 scholarship ceremony was on today. Though I did not apply for the scholarship this year. They kindly invited me and my family over to witness their prize presentation ceremony. Held at the Teochew building along Tank road, it’s almost like a memory of the award ceremony I went through last year. The interesting thing is that the value of the scholarship and bursary awards had risen by 20-25% from last year, totaling $0.8 Million SGD given out. 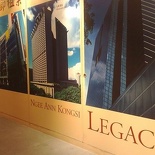 I cannot deny that the Teochew in Singapore are very proud of their rich history and culture, as displayed in their heritage center which I always time and again don’t seem to get tried of visiting every time I come to the Teochew center. The Kongsi have a long belief in supporting education, culture and the poor, namely through financial prizes given out in support of their various education institution such as the Ngee Ann primary and polytechnic to name a few, not to mention the Scholarships and bursaries given out today- all with no strings attached. Part of their most accomplised portfolio will involve owning land spanning from Orchard Wisma all the way to Cineleisure orchard.

There was a clay and stone art exhibition on as well (The 5th art exhibition titled the 3 elements), which was a needed break for me to appreciate the arts. A framed certificate token was presented to me on stage as congrats for graduating this year (despite it having a typo which they promptly rectified and fixed).

My group of graduates were called upon a casual chat session by the chairperson who told us more of the organisation and answered some queries on why the Kongsi only sponsor local university studies (and not overseas), together not funding post-grad studies. Apparently, it’s all about the opportunity costs- he explained for the price of one overseas scholarship, they can sponsor 3 local scholars. With rising costs, funds are limited and they would find it fairer this way. On post-grad scholarships, he also mentioned that it’s more feasible to be able to put money into sponsoring students who have yet to do their first degree rather than one looking for a masters or a PHD. He also shared plans with us to create a Ngee Ann award recipient’s alumni which he looks forward into us spearheading and kick-starting the initiative with an invitation to the organisation as volunteers and organisers.

Will be looking forward to that.