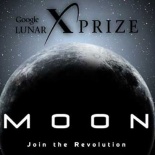 Anyone up to the job? Project budget: $1M USD to $2M USD, will not top $5M including long range rockets, side thrusters and rover parts (including long range communication equipment). Most of the rover’s drive, imaging system and arm probe can be taken or built easily from off the shelf parts. The requirement is that the project have to be privately (up to 90%) funded and completed by 2014 with $20M to $30M USD prize for the run.

Rocket scientists are welcomed. for me, I am more well versed in Rover automation and mechanical control, let be designing and building the rover’s chassis and off road system. So if this project is in the grasp given the restrictions we have here in Singapore, I will be daring to give it a try, to see how far I can go. Hey you won’t know till you try right?

But anyway, it’s not all rocket science, but here are some preliminary plans I’ve brainstormed at the moment over breakfast this morning:

Options for breaking the earth’s atmosphere and gravitational field:

The modern astronauts who went to the Moon took about three days to fly from the Earth to the Moon. They followed a planned route that took as little fuel as possible, namely roughly 30 kilograms of fuel which is really little in terms of the amount of fuel burnt by our commercial jets these days. 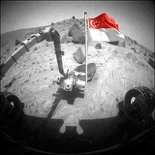 Some of my tentative plan for Rover Design
Electrical driven and powered, solar assisted. Locomotion options are limited to 6 or 8 wheel independent drive with skid steer/directional 6x6x6 or 8x8x8 functionality. Alternate threaded caterpillar tracks with dual segmented track system for rough terrain climbing (may consider due to thread jamming based on lunar soil nature). Mounting of sensors can be overhead together with solar panels. Consideration of “roll over” design with auto righting systems. Internal Li-ion backup and axillary direct-charging on sunlight exposures.

Rover body will be constructed from an array or titanium, aluminum and austenitic stainless steel substructures, all with their melting and “point of frozen brittleness” below exceeding the estimated 127C to -173C celsius surface temperatures on the moon, ensuring the best balance of chassis strength and toughness in all operating conditions. Body be made in several fail-safe compartments with internal temperature monitoring. Heat shields wrapping is not an option.

With that, lets go to the interesting bits:

Some other nice to do things while we are there.

Kick starting
Come to think about it, this project is still very much do-able, with the hard part getting the rover to land safely on the moon. The rest of it will be like running say, a surveyor just like what we can do simulated underwater. We don’t have a large market here compared to the States, so given our local restrictions, most of the design and controlled testing will done locally here, where external field testing have to be down abroad, as there will be too many rules and regulations here in Singapore to aid the project in anyway. Unless if any official green light is given by the authorities.