Home Sports & Runs On the plans, on my august sporting front

Well with some time aside, I will talk about running and running related events as of again. 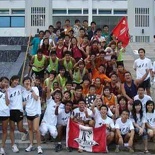 Currently I have no planned races for July, just mostly preparations for university admissions as well as doing up interviews for my NYAA gold. I will be participating in 3 races coming Auguest though, namely the Nike+ run which I will be running for the Wildlife Fund for nature (nice to see Nike make a come back since the Nike Realrun), the Singapore Polytechnic Poly 50 as well as the Army Half Marathon 2008 with a new 21km route across the new marina bridge as a highlight.

The SP alumni will be sending in 2 teams for Poly 50 this year, held smack on early august, that was the bane to many of our runners enlisting in the Army this month. We did lose few good runners in the team because of that and our teams are still kinda shuffled and lacking a full team. I can run for both the team or I can help out as a helper as well.

However, I am hesitant to run for them despite their need for runners, as over my last 2-3 years running the Poly 50, the team helpers actually play close to half the efforts required for a running team to win and be successful, let be managing the runners, on the spot assessment of problems as well as keeping them hydrated and taken care of throughout the whole run. It’s not an easy task either. I wonder if forgoing my place in the running team this year will help much given the opportunity costs involved as we need few veterans to keep the race administrations and plans in place for all the runners. If so I am think I will be a good candidate to keep all the helpers fired up to help.

Oh yes, got my fat butt out for a nice run in last evening (Sunday), and look another run log!