Though it’s officially Monday now, but it’s still in the late hours not far from Sunday, yes Sunday… I guess for most of us, Monday don’t start until the first cup of coffee on day break. So with that let just recap some of the happenings I missed for the week. 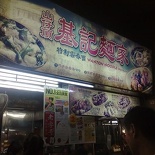 Backtracking, last Saturday was a whole day out visiting and some shopping on at IMM in the evening, what made it note-worthy that it’s a family outing all done on public transport! Yea, no driving, just plain commuting to Telok Ayer Market for the famous Wanton Mee after our Philip street temple visit. Then it’s the bus over to Grans and my aunt’s home before popping by IMM for the rest of the night.

I think we must be appreciative of the public transport we have here in Singapore, so far it’s efficient for short to medium journeys around Singapore. On the contrary, long bus terminal-to-terminal journey’s are usually not worth your 2 hours on the bus in small Singapore.

While my amazed mum couldn’t get enough of her hands full at Daiso in IMM, the thing which amazes me is how fast our journey back home was. Yes though the bus roads were rather empty then and our bus skipped a few empty stops here and there, it goes to show how much we are missing on commuting given private alternatives, given the myriad of public transport available right our doorstep itself. I grew up always having a family car, but that doesn’t mean I am an idiot to commuting either, considering that I spent almost my whole secondary and polytechnic days commuting everyday to school, if only my dad were to think differently. 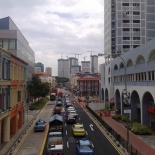 The key thing is that with it being so expensive to own a car these days, everybody is all looking for alternatives, let be recyclable diesel, CNG cars, running ads on their cars, etc but isn’t the answer right in front of their noses? I’ve never did the honor of counting the dollars and cents and traveling time of each alternative, until I did, surprisingly its usually not more than 10-15mins by driving- time you can bear with. Come to think about it, you need about the same time to find a free parking lot on a Saturday in IMM and the parking fees will cost as much as your bus fare itself.

We can see that now, with whole day bus lanes coming on the way, more ERP gantries and B signal traffic lights sprouting up everywhere in favor of buses, these little things are starting to make commuting a more bearable thing from the past. Yes, public transport do have it own quirks and there, such as lugging loads around, the quick snap convenience or waiting endlessly for the buses. But think of the savings you can get by just leaving the car at home, if you have a day out with time to spare, why not? We did!

Our last car-less trip could be a learning step to the next best thing of public transport, or will be parents get the hint? Maybe let me see into try getting an electric car which runs off home roofed solar panels, maybe that may work for them.