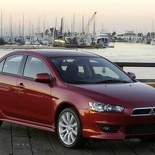 Here is an interesting read from Dupont automobile painters, especially if you are in the design scene where colour tells more than it being just a plain dab of hue. From their surveys, it seems that Blue (and their varying shades) will still always be a favorite colour among many. While its still interesting to know that black is still the colour of sophistication for modern professionals and executives, let be white being the new chosen “purist” colour for ultra luxurious cars such a Rolls Royce’s and Lamborghinis. Here are their findings in a rundown of the favorite colours over the regions.

Asia Pacific
Dark blue metallic is popular and is being fine-tuned for that region. Candy whites and tri-coat pearl finishes also are extremely popular, confirming the 2007 DuPont Global survey finding that white had overtaken silver as the most popular color in Asia and North America. Luxury car buyers prefer black and mid-tone metallic grays, while medium-size cars favored champagne is over light silver.

Europe
Blue is the most important chromatic color in Europe (12% of the market). Black, overtook silver in popularity in Europe last year. Preferences are highly influenced by ecological concepts, with demand growing for light, pure and sophisticated looks.

Latin America
Achromatic ranges, including white, silver, gray and black, dominates consumer preference as reported by Wolstano Marin, DuPont color designer for Venezuela. While Green led the chromatic colors for several years, Blue now seems to be the most popular in that family with personal preference, fashion and resale value seem to be the major factors contributing to car color choice in the region.

White still chosen colour for luxury cars
White tri-coats such as pearls are chosen by buyers for their luxurious, yet unpretentious presentation. Oranges and golds are also important and reddish gold is an emerging influence, she said.

“While current economic conditions in North America are not being felt in car color choices, people are clearly being influenced by the ‘green’ movement, with natural versions of bold colors taking hold,” Lockhart said. “For example, copper seems to be replacing flashier gold finishes and royal blues will give way to lighter, cleaner and more water-like blues. Even white will change, with ultra whites and yellowish whites giving way to cleaner versions.”

“White seems to be the most prominent color on the road and on everyone’s mind in design,” said Mollie Engel, senior color designer for Kia Design Center America. “It is the new luxury color and it is also ecological. The lighter the colors we use, the less ‘solar gain’ is encouraged, and that means less gas we use to cool our cars.”