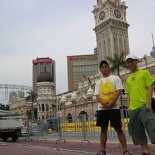 Well there had been quite alot in the news of the new cross-border pump rules for Singaporean vehicles up north, let be those from Thailand similarly not able to pump subsidized petrol 50km from the borders. I remembered it being almost implemented and mentioned last few weeks only to be rumored to be scrapped, but revived again in today’s Straits Times. As with every new rule introduced, there will be bound to be flak and comments.

If you are to consider this new rule just another in the bag similar to those cross-border water issues of the past or let be fighting over rocks and islands on the South China sea, well that is open for anyone’s deduction, especially if you can see that coming (will cigarettes be next?). Notably official remarks on the issue from our side had been rather quiet as well.

Just as you can hear those petrol station bosses on the fringe of the 50km radius dancing with glee, with that comes many talk about it in town as well, let be coffee shop talk. You also can’t deny the possible social, geographical zoning and monetary implications of this already topic, especially with Singapore long standing 3/4 tank rule seeming rather irrelevant now as well. 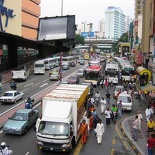 This is to very much of dismay to those who work across or run businesses across the causeway as well. My dad recently told me how some of his Singapore-based friends who set up businesses and factories just across the border expressing deep dissatisfaction of the rules making life more difficult for them, given the already high prices of petrol.

The question looming in their heads right now is them questioning the recognition of their investment efforts in Johor itself (even I will give it some thought if I were in their shoes). There are also a handful of Malaysians I know as well who are affected by it, having own Singapore registered cars as well. So it’s not just a matter of who’s driving it, but where the car came from? Or will that be a possible area of exploitation? As ultimately, won’t it the owners/citizens themselves who are open for local tax related exemptions/issues?

Whatever the implications, just as how we respect any policies of the north, we should not take lightly the possible social implications involved.