Submitted the remainder of my NUS application yesterday together with my global scholarship application, but I have not accepted their offer yet as I needed sometime to fully consider my other options till the 2nd June deadline. Furthermore I’ve been shortlisted for a preliminary interview at DSTA the coming next Monday, so that is where I can set my hopes and ambition of having my overseas undergrad studies sponsored under their scholarship and push forward with overseas applications.

The thing I desire is the edge to do my degree I choose, especially in the research sector, a typical local degree cannot bring you far, so that is where overseas education gives. I’ve shortlisted few universities I would be applying and hopefully studying in:

There is about a handful of about 30 people listed for my interview for the day and judging by their IC numbers, most are from the JC batch (which having gone through JC myself, but not totally overgeneralizing, are mainly textbook regurgitators). However, it is heartening to know that scholarship places for DSTA are also on the rise, with 73 places offered last year compared to 22 in 2000 (source). So I am pretty confident for the interview provided if I do not blunder.

As part of my ongoing research, did some enquires in the SP’s career guidance center on application processes to UK and the US. Apparently unlike a central local body (like idp for Australian universities) one need to apply to UCAS in and for UK universities itself. Universities in the States are done direct to the colleges themselves. I remembered reading about a Poly student featured recently in the papers who got into Stanford, so I think I will stand a good chance too.

With the exception of the Imperial College London in UK, I don’t think I will be up for Cambridge or Oxford, as it’s incredibly difficult to enter (or so it is haha). Their admissions departments all mentioned that straight As and Distinctions can’t even secure you a place in these 2 universities, let be Harvard. Also, besides having a more familiar colonial setting and the recognition of the queen (i.e right hand drive roads and 3 pin plugs), the thing which I do not like about the Imperial College London is it being not exactly a proper college- it’s very similar to a city campus like SMU, which I do not fancy considering that I will mostly probably be accommodated in dorms around the area. A good environment or proper campus is what I desire for a fulfilling college life, which brings me to another part of the world, the States.

For an engineering major there , I am torn between MIT and Stanford. One will of course argue that MIT will be the choice for engineering given it being a technical university (Just like NUS contrary to NTU in Singapore). While Stanford have it pluses in sciences (physics) and communications. Both are evenly matched in rankings and have proper college facilities such as full campus buildings and sport facilities, however I personally find Stanford more of an exception.

Stanford university is pretty, it like what a university should be- nice big rolling hills and fantastic setting. What more its about an hour’s drive away from San Fransisco and about 3-4 hours from LA and Las Vegas. The place is very conducive, judging from the photos, it seems that walking through the place can simply make your day, not to mention having a much stronger sporting background being endowed with not only few baseball pitches, 3 swimming pools, a full track stadium but a 50,000 seater football stadium as well. And man if I ever get the chance on summer vacation periods, I can definitely visit Hollywood again or catch up on my long childhood memories I have of sunny California. Or maybe I will get building my own air powered car, something we can’t do here in Singapore. 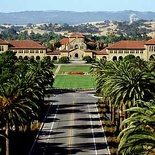 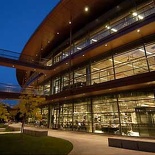 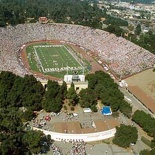 But things are rather preliminary too. Application for US universities will start Q3 around September 2008, by then I will have a more firm decision of my options available.

Lastly, received a call today from the SP Principals office today about an award interview coming on next Thursday as well. Was told it’s up for one of the 4 awards given out during the graduation ceremony. I am aiming for the Lee Kuan Yew award, hope all goes well!