The holidays had been on for about 2 weeks already and come to think about it I had not blogged anything under the sun yada yada yada lately, so why not? 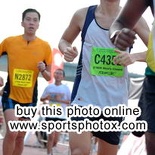 Health and Fitness
Noticeably, with the exception of the recent Sheares bridge run, you may know that I had not been running regularly these days. Not to mention not attending training back at school either. *gets chased by coach and ducks a thrown whistle & clipboard*

I guess the break from sports during the exams had really taken a toll on my training schedule and the habit seems to stay even when it’s over now!

Moreover, it’s more difficult to maintain my pacing for extended distances past 15km at a go, it just looks like the wall will just drop on me any moment. Then for many at that moment stopping to walk would be the next best feeling to an orgasm.

Looks like it’s back to square one again. Must reformat my brain back to running mode and set the pace and training for Standard Chartered Marathon or it will be a disastrous 42km run.

So whats the least I can do, but go for a 15km jog today? Not I fully understand why I love running – contrary to it being perceived as a strenuous physical sport (which would be the last thing people would actually do when tried) running is actually a good way to wake yourself up and distress yourself mentally. Had not felt so good in ages, would be planning another 15km run again on Friday. 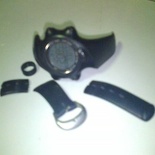 Come to think about it, recalling, this 4 year old Oakley watch had been through alot with me, from up thousand of meters in the sky to hundreds of meters under the sea, to mention taking scars from my natural quarry climbs and bashed in Medan Indonesia. The thing which I cherish most would be it tagging along with me for my first marathon and running along with me for over 1500km of runs to date, always faithfully timing and counting laps, it still even have my last half marathon timing on it’s screen!

Only thing that it seems to slide off my wrist whenever I try to put it in place… At least it’s still a functional pocket watch now!

The RS800 suddenly looks very appealing to me…