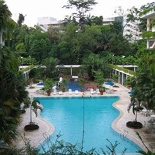 The SP Rotaract Installation 2007 was on last 20th July 2007, but didn’t had the time to do an update until today where I actually have “some time” after few exam papers.

Held at the Singapore Polytechnic Graduate’s Guild Clubhouse Ballroom, I saw myself being the event camera man after Peili, the new Rotaract Club president elect invited me to event, then it was like “hey Shaun can you take pictures just like what you did for our Medan community service trip last year?” no problem of course! well if my temperamental camera corporate, that is!

Was there to help out in the setting up of the event in the mid-afternoon after classes. The event commences at about 6.30pm, with the Queenstown (South) Rotary invited together with all the Rotaract clubs all round Singapore ranging from all the Polytechnics and Universities. Rotarian Wolf is the guest of honour for the night. There were a few technical glitches prior the start which got solved after swapping the defective presentation laptop with my own which can get the projector to project images on-screen. Got about some last minute touching up such as putting the banners, clearing the place up while the rest got up preparing and rehearsing their speeches for the later segment of the event. Oh yes did I mention that the theme of the event was hip hop? 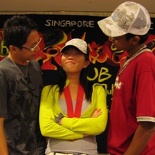 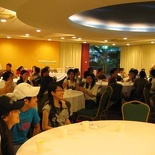 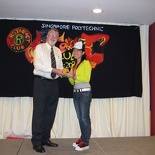 Presentation of appointment by Rotarian Wolf 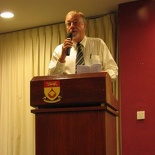 The double up for the camera is ChenLing who was also my good double for photos during our medan trip. The 2 of us with cameras, you won’t miss a coverage. There was an address and handling over of the presidential position from the outgoing president to the incoming, all witnessed by the VIPs and Rotarian Wolf himself, who gave a speech of his own thereafter.

Thereafter is the induction ceremony where new committed rotaract members are inducted into the rotaract family with induction certificates presented on stage. The exco members are later called on stage with the friendship band and appointment pin presented by our new president Peili herself. I even got one myself for my efforts on the Medan Trip! 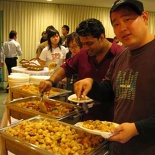 Dinner Buffet was on next, with noodles, 2 courses and red bean desserts to top everything up. Not excalty an abundance of food but just right in portions with everyone full just when all the food is finished.

Audio are kindly mastered by SP DJs who kept the tunes spinning from the presentation and background music for speeches, handling over and the games which followed thereafter. The games saw bizzare “sabo” sessions where one person is called up from each table to perform a task metted by the crowd- the results are interesting ranging from pole dancing to break and group dancing. All funny, and everyone was awarded prizes and tokens of appreciation for participating.

There was a networking session where all the different school/organisation rotaract members got together to exchange namecards. A small night dance session is on thereafter with the dance floor open with all the funky disco lights on. 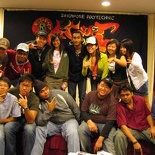 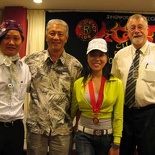 The VIP table and President Peilli 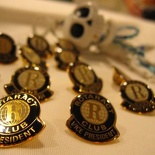