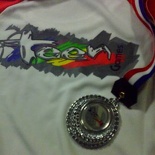 The Teen Games adventure race was today and man it was definitely much longer than that of last year, with 12 checkpoints in total with about 22km+ covered on bike but mostly on foot. The good thing was the increased flexibility when getting to checkpoints- being open ended and not having to go through pre-defined routes. We were there to win, we were confident, we are the first team to complete the race, but came in second… why?

well. I have quite a comprehensive report, read on…

First off, we completed the race in 4hrs 18mins, but we were given a 30mins penalty for being an all guys team in the only mixed category. The 2nd and 3rd teams team came in about 29mins later, the 2nd being an all-boys team as well and thus the same 30mins penalty. So effectively and definitely to their surprise, the 3rd team was the champion team with a timing of 4hrs 47mins. Yes so my team lost by one minute (4hrs 48mins total)

We weren’t told about the 30mins penalty and were completely unaware of it until the end of the race, where the judge started the timer for 30mins and the same time telling us about it only after we crossed the finishing line and our race passport signed. It’s extremely disappointing to lose the champion position, considering that this is also my last race (only under 24s can take part) which I really wanted to win as a finial. There are many factors contributing to that we I shall go though here:

Elrick our 3rd Team member was sick
My team member was not feeling well since last night, was in a very bad shape early this morning when we all decided he rest and home and forgo the race – after the green light from the organizer and the rules stating still be able to continue as a 2 man team. To be fair to all teams we have to cover for his role in obstacles in other words performing additional roles/passes, which severely added alot of additional burden to us & lowered morale. 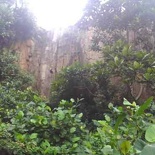 For instance a typical 3 person team can tackle high element challenges by simultaneously (1) climbing the natural quarry rock climb with a belayer (2) and abseil (3) from the 30m cliff at the same time. We have to multi-role to clear the wall first even before able to do the abseil. Furthermore being the 1st team in stations, there was alot of pre-preps e.g before the 1st abseil can be done (benefiting future teams but not us), thus adding an additional 20mins.

I led the team into few detours.
Being the Sole Navigator for the Race, I came into a few dead end which costed us about us 10-15mins in total, which placed us around 4-5th place at the start and 2nd checkpoints. But I got up to momentum and turned the tide from the checkpoint 3/12 onwards where we overtook all teams and led the race all the way thereafter. From Diary Farm Road through the whole of Bukit Timah Nature Reserve all the way to MacRitchie Carpark. Ultimately there were some areas where we really flew and widened the gap, so it’s all the story of win-some lose-some. But overall 10-15mins lost is still alot of time.

Darius, our team manager did not receive full rules from the organiser.
Well, beside his shy nature not getting the full details on his side until I push him, it’s not totally his fault – Our team manager was not exactly told of the penalty before the race even after consulting the organiser and making clear that one of one member in our all guy team is unable to make it this morning, no additional information except for the ability to carry on with the race with stated rules are only given. We were unfortunate for Darius having attended the team manager briefing was done by another person instead of the official which actually covered alot of other critical points not covered in his briefing time slot.

Organisation did not make clear of the penalties before race
The fact that we lost by a close margin was because of the lack of official knowledge of the dreaded time penalty (I remembered clenching tightly to my stopwatch going 29mins at the finish when the next team suddenly popped up from the distance and finished the race with the minute). The penalty was not stated in the official rule sheet (though the organiser can always argue that they can make changes without pior notice). Furthermore given the fact that this year’s race was organized a the very last minute, even some of the marshals and sub-organizers do not know of that penalty rule either, where they would have disseminated the information to us teams. Lastly, in the 2007 Teengames promotional brochure saying Mixed U24 (Under 24) for the event is very vague which implied to all of us either all boys, all girls or boys and girls, which is also to dismay to many of the such teams taking part.

We were complacent during the end of the race
Coupled with the cramps from the Bukit Timah summit climb, the beating afternoon sun and a remarkable lead, we actually didn’t push ourselves to run to the finish but constantly kept brisk walking the last 10.9km from Rifle range road to MacRitchie. We could not top up any water at the checkpoints and were dehydrated in the jungle – we were largely conservative but yet confident of winning (having at least a 2-3km lead from the 2nd team), thus deciding not to push our cramps. All these factors didn’t add to the urgency to run though the trails (which we also didn’t know we would so desperately need to win – we would have easily ran ourselves to destruction on the last 3km to the finish just for that!). That on top of the low morale of running a race an incomplete team, (we were really low throughout the race) didn’t give us the drive to run either. Furthermore, given my role in team management and navigation there are also limits to what I can do, our sick and missing teammate Elrick was actually a critical driver when the team needs it most, only the occasional cheers from the marshals along the route was the only driving force constantly reminding us to push on as we are still in the lead.

Thereafter…
We thought about it and raised our issues to the judge, sharing our concerns on the matter, being disappointed with the penalties we weren’t told of. Few of the marshal were rather concerned about the funny placings as well. In the end we were approached by the head organiser who listened to our issues knowing the incident, but I guess that is only beneficial as feedback for next year’s race, they were understanding, but still nothing can be done to the results.

Prize presentation was strange, the champion team was caught completely unexpected on the placing and they were in fact rather embarrassed to receive the prize, $60 adventure race top each and winning trophy having actually came in 3rd. My team got a sports bottle together with some equipment coupons on top of our medals & standard event T-shirt.

But ultimately I am glad our team pulled through without any injuries or accidents. As concerned our mentor was, deep down inside despite the only given 30mins penalty for the general registration “mistake”, we all know that we are still the first team to finish the whole race without any checkpoint penalties (perfect score passport on all the checkpoints itself) and nothing can change that fact. In the end, the only difference are the things we bring back home – minus a champion trophy and in place of “champion” engraved on our medals are the words “1st runner up”.

It feels good sharing and letting out the issues go free from my mind, which had been bugging my since. We are actually ok with the results and respected the judge’s placing. Come to think about though I strongly desire a 1st place, things could possibility be worst, it’s just a great let-down that I cannot participate next year (Under 24)- but life must go on. In fact we are actually more disappointed with ourselves for not doing a good race as there was still great potential to push – only if we knew the importance of 1 minute, till today…