With bug shoes to fill, StarCraft II will see the return of the Protoss, Terran, and Zerg races. Mentioned by Starcraft and Warcraft makers, Blizzard Entertainment, with goals are to ensure that all the factions in the game play even more distinctly from one another than in the original StarCraft, while still maintaining the fine balance that helped make StarCraft such a classic. Blizzard is also introducing a number of new units to each race, as well as modifying some of the familiar units returning in StarCraft II. With these design refinements and the new features we have planned for the single-player and multiplayer elements of the game, StarCraft II will offer a next-generation StarCraft experience.

Taking advantage of DirectX 10 graphical goodies as well, StarCraft II will also feature Blizzard-quality cinematic content in the game and will be available on Mac simultaneously with PC (Windows Vista, as well as XP). The graphics engine will also be very scalable to ensure that a wide range of different systems will be capable of running StarCraft II. The new engine is also capable of rendering very large units, as well as large numbers of units on screen together. Havok physics have been integrated into the engine for added realism as well. 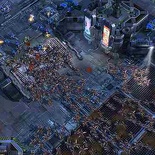 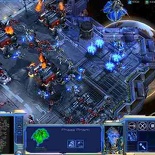 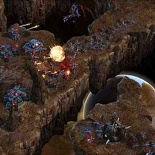 This would definitely bring back the good old days or Starcraft during my Secondary School days, even my favorite race, The Terrain looks better than ever before! One thing I like Blizzard games over the Command & Conquer series is it’s rather engaging and captivating story line which is a true work of art and trademark in all Blizzard Games to date, hope they won’t disappoint!

There is no confirmed release date at the moment, but we gamers can see it up around in time for Christmas or early 2008 where the next highly anticipated sequel to the Unreal Tournaments series will be released as well.

Source: starcraft2.com
Thanks to GamerZ for the heads up during my expedition.