As part of the new phones announced at 3GSM in Barcelona, here are few of the few interesting phones which should be coming out within 1 or 2 quarters time. HTC and Nokia didn’t really steal the show though, as most the products on show are actually announced products ages ago. But Toshiba also came out with a heart-stopper with their 800×400 screen resolution Pocket PC called the G900 with almost everything the HTC Hermes (Aka Dopod 838Pro) has plus a larger screen and an integrated finger print reader (Video on fingerprint scrolling). Motorola is reliving up with the traditional 90s banana sliders with the Motorola RIZR Z8 in a hip trim of green as opposed to their age old MOTOROKR E6 which I was considering getting last month. Glad I didn’t purchase it then. With that I guess the stars of the show have to be from the Samsung booth with these 2 phones: 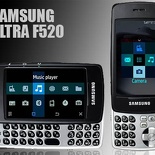 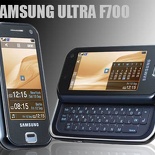 Do note that both phones are Windows powered, but running Samsung’s Unique GUI Theme and Animated Menus (possibly their answer to Nokia’s 3rd Gen S60 and Nvidia phone interface?) instead of the chunky Standard Pocket PC interface, but you can still be able to run all your old Pocket PC software with it. Noticeably the specifications left out are the onboard RAM and ROM which is native for Windows Mobile based devices and there is no confirmed spec of Wi-Fi being included in both phones, besides the all standard bluetooth. Product specifications are subject to change without notice though, so expect alot of updates and news to come. 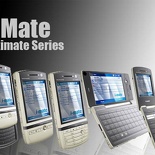 I-mate Ultimate WM6.0 : 5150, 6150, 7150, 8150 and 9150
With i-Mate dunking HTC as an ODM manufacturer (with HTC strangely stating the desire for a merger with SE), i-Mate had came out with a new range of non-HTC devices for the 2007 lineup, dubbed the “Ultimate Series”, the specs raises eyebrows considerably too, with 262k VGA screens and Windows Mobile 6 “Crossbow” across the board for instance.

The higher end 7150 tablet comes with a 3.6″ LCD touch screen with the most compact 8150 candybar going at a mere 11.5mm. Even the 9150 flip phone variant has a touch screen, (which could be quite difficult to use as a clamshell). Otherwise last is a choice between a slider or a front integrated keypad for the 5150, 6150 and 8150. Here are the basic specifications across the board, with the exception of both the 8150 and 9150 spotting external sleek OLED screens.

Lastly, besides downing DRM, undoubtedly Jobs is planning an upgrade of the iPhone labeled the iPhone 2.0 mainly as it will be largely outdated by the time it’s released mid this year.