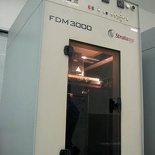 Met up with Angelvin this morning to discuss NYAA Gold matters, it turns out that alot of my daily activities actually accomplished almost all aspects of NYAA, it’s just all about writing and putting it into report… whee! Headed down to the Rapid Prototyping Center to meet KM thereafter.

This semester’s product design and development will see ourselves doing rapid prototyping, which means making use of 3D printers (Stereolithographic) such as the Stratasys FDM3000 (ABS) and Z-Corp starch 3D Printers. It’s interesting unlike normal conventional 2D printing we are all familar with on paper – with an additional dimension, things start to take another dimension of it’s own too. Furthermore, seeing a required edge over the other teams (instead of sticking to plain old clay and syroform) calls for the need of a rapid underdog maneuver – complex 3D prototyping. 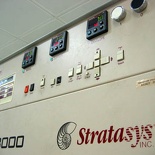 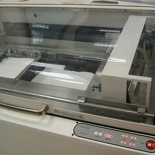 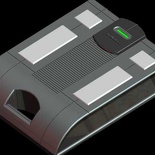 After a rush job yesterday on the CAD stations for 4hours, managed to churn up the .stl files for both the 2 products my team are designing, namely a hybrid watch and weighing scale combination (as shown above), then it’s throwing it to both the Stratasys FDM3000 and Z-Corp for overnight build of the prototype parts. 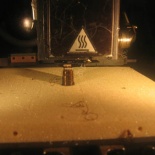 Stratasys working on our prototype 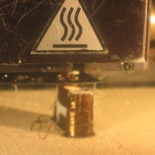 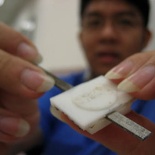 The parts are all done this morning, so that one big load off my team’s shoulders ahead for the 3 week term holidays ahead. Dropped by JE after lunch in school with KM to purchase some Tamiya spray and acrylic paint for our model (and I think my kit-modelling skills will shine here). Played a few rounds of HOTD 4 at the Zone-X there before heading back to school. It’s easier to get an A grade in 2 player mode, (though playing with KM being his 1st time) got up to the chapter 3 Empress on a single credit… yea! Improving! Strengthened all the prototyped parts with the team (gluing most of our fingers in the process) and sanded them in prep for painting. Which will be done next week. 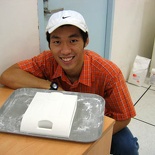 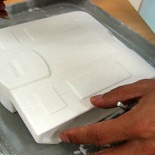 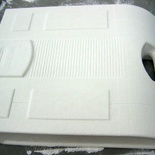 Our lecturer was impressed by the work, saying that the model had been designed in a very good manner for FDM building, with no notches promoting stress concentration, thus maintaining structural integrity while still maintaining good looks as a whole – a very good build. Not that I totally intended that on textbooks for the design, but I just followed my Gut Engineer FeelingTM on structural strengthening while building the model (as it was actually quite a rush job for me, so I couldn’t care less). I guess that is 2 birds with one stone.

There are alot of possibilities with FDM, if permitted, I can even use it to fabricate custom handphone covers or even cup holders! Interesting, interesting indeed.