School
On a recap, PDDII presentation was on last week, did a blast again, good for both the team and morale as a whole. Engineering Maths III tests will be on coming Wednesday, haven’t studied for it, should be focusing on it the coming days. A slip on an MST costed me a non-perfect score last Semester even after reportedly scoring 100% for the final Exam, won’t be making that same mistake again.

Work
Workwise, cleared a few deals and would be expecting a good pay cheque in by next month after a long break. Now to bug one more client in Australia for payment and I can see things set in place for this year’s New Year’s Resolution Personal Revenue Target. Mum came with updates on my land banking reservation – disappointingly, it seems that the latest dirt plots in Canada are selling like pancakes with none left, demand is far surpassing supply now. Should be vigilant for another investment opportunity.

Training
Runs were abit short last few weeks, top it up with some good ol’ mileage last tuesday and today, bringing the weekly total to 52km, not the most I’ve ever run, but I can see this becoming quite a norm now in preps for SCM.

YouTube
Initial when YouTube was up, I told myself it was utter rubbish, people now are all about voyeurism and exhibition and thats whats YouTube is for – to share your crap to the world. May I be infact, wrong… 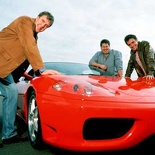 Maybe becuase I am currently too busy to even switch on my TV to BBC for one of my favourite BBC PrimeTime programs Topgear, let be Monster Garage on Discovery. Or maybe it was the recent “gobbling” of YouTube for some billions which apparently made it more worthy to visit.

And so interestingly, despite the current deletion of over 30,000 videos, YouTube seems to have quite a healthy archive of shows I particularly like watching – both new and old. So it’s all not just Pirated Anime, “hardgay” and “tammy” stuffs which realistically speaking, most people use it for…

This definitely beats having a TV schedule, it’s almost like TIVO haha. Moreover, this make sharing videos with my viewers easier… So there was a nice Top Gear episode, a simple search, code and a ctrl-v and it’s goodie videos for all… So… with in hand here are some Top Gear Videos worth sharing and watching. Namely the baby Lambo Gallardo and the Merc S-class.

I never really liked Ferraris or Benz, but I always have a soft spot for Lambos. Now if only my family car has the voice recognition capabilities of the S-class. Now if I were to make $30,000 a month I can choose to buy a new car every month, or save up for about 1 year and get one of these…

Or a condominium on wheels in the country…