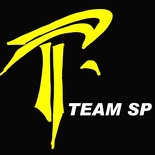 The Poly 50 thread has indeed grown to one of the hottest & widely discussed topics on the net (with over 76k hits & ranking top 5 on Google & Yahoo sg within 3 days). I would like to express my heartfelt thanks towards the various constructive points, concerns & issues raised in the discussion, either through the thread directly, e-mail, gsm, or through word of mouth from both parties, neutral parties, student bodies & the general public alike.

However, the discussion started going out of hand resulting in personal attacks & flame bait which are unethical & in my point of view have no constructive means but to sow discord & worsen the situation. Therefore in the name of good to prevent any further damage & conflicts between clubs, (esp between track & field & dragon boat) the previous thread is now CLOSED & comments LOCKED.

In the sea of discussion & feedback I’ve got, let me summarise in overall with no ill intentions intended:

To the Teams:
You can’t deny that the poly 50 is always an annual battle between the favorites – Dragon Boat, Track & Field & CLS, so cool down as sports people & respect the judges decision. The most important thing is not getting 1st, 2nd or even DQ but to all know that we ran our best with the spirit which what makes Team SP, as mentioned in the Olympic creed:

The spirit in sportmansship is the essential need of not to having conquered but to have fought well…
– The Olympic creed, Baron Pierre de

We all know about the bad organisation & conduct of the race, its everywhere, you can’t deny the notorious campus-wide notions towards the organisation, but its no point thinking about the past, however, people can change for the better.

Track & Field know how Team 2 got DQ, I believe Dragon Boat Team 2 also have their fair share of the story why their team got DQ as well. Mistakes made by the lap counters are all beyond all team’s control that is something we all have to accept. Even with claims that Dragon Boat Team 1 cheating, (due to a wrong lap counting mistake claim), this is also something uncalled for & beyond their control as well. So logically & rightfully speaking, arrows should not be directed all at them. If any offense are made or so, I apologize on the behalf of the flames laid by the general public & for SP Track & Field, (as those comments shouldn’t be there in the first place). Ultimately, the thing is that we all know we fought well & both clubs have all their teams in the top 10 out of over a hundred teams, isn’t that a good enough achievement already?

With this, the only way to change is largely on the participants. Constructively, we all have learnt lots of valuable lessons from the event – Teams, not only to TRAIN HARD, RACE HARD, but RACE SMARTLY as well. After all its only a school event, so I guess we can give & take there & the least we all need are internal conflicts between the top 2 Sporting Bodies in SP, so lets just cool down & don’t cry over spilled milk.

Be rest assured that next year Track & Field will be back with kickin’ butts again! Watch out!

To SAA & Sports Club:
From here there are many lessons learnt, you should know about the utmost importance of the lap counters – they are the most critical deciding factor in the race. Here are some suggestions raised to improve on the next event: