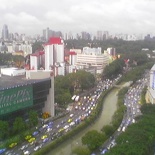 It had been raining since I woke up this morning. Haiz cannot go for my usual sunday swim laps, nor even go for my contingency exercise plan to run in the evening. Looks like there’s no sign of it stopping either.

On a side note, heard from an “undisclosed source” that COE for cars will be abolished sometime this year! yea!!! But in turn will be a hike in fuel prices, road tax, ERP, etc. Thus leading to the fact of pay as you drive. Which is more fairer on the whole I guess, with the evident fact of the COE being kinda flawed & “loopy” (as the government soooo finally come to realise). I always envied brand new cars costing like $20k overseas, looks like it may become a reality here in SG soon, provided that the sources are actually true…

/* Following Mindless splutter: */
Wheewhoahaha! (read as we-wo-ha-ha) a car for college? here I come! Dear government, from the voice of a typical young Singapore adult… please don’t hike the car import taxes ok? Go earn your money from like… other forms of taxation, fiscal, monetary policies or even the integrated resorts lah hol? Be cool with the rides & the laws governing them… Nevermind the possible increase in youth-related road accidents or the slimming of the population pyramid base, minor social problems only… but all can be solved with baby bonus right? – Singaporeans also so love free maternity leave, (besides queuing for meepok-ta or hello kitty toys too)… Life is short, Enjoy! Rock! Party! Peace!
/* End Mindless splutter */ 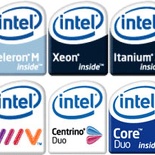 Mmm, on an observation, seeing more & more people using laptops in campus now, maybe it will start to become a norm. But I guess I won’t be getting a new laptop till intel releases their dual core pentium-M processors early-mid this year, namely the intel Yonah or its successor, the Menron processor.

So far only Toshiba, Fujitsu & Dell had announced dual core laptops at the CES 2006, held in Vegas over this weekend. No word on upcoming Fujitsu tablets except the Toshiba M400. Me really hoping for a succesor of the Fujitsu T4020 by mid this year (the T4030? ahhhh), where I most probably be making a purchase of my new tablet pc end semester 2 to replace my rather disfunct 333Mhz Compaq Persario notebook I’ve got since secondary 2.

& hey Backstreet’s back for a concert in Singapore, man! a backstreet’s comeback!