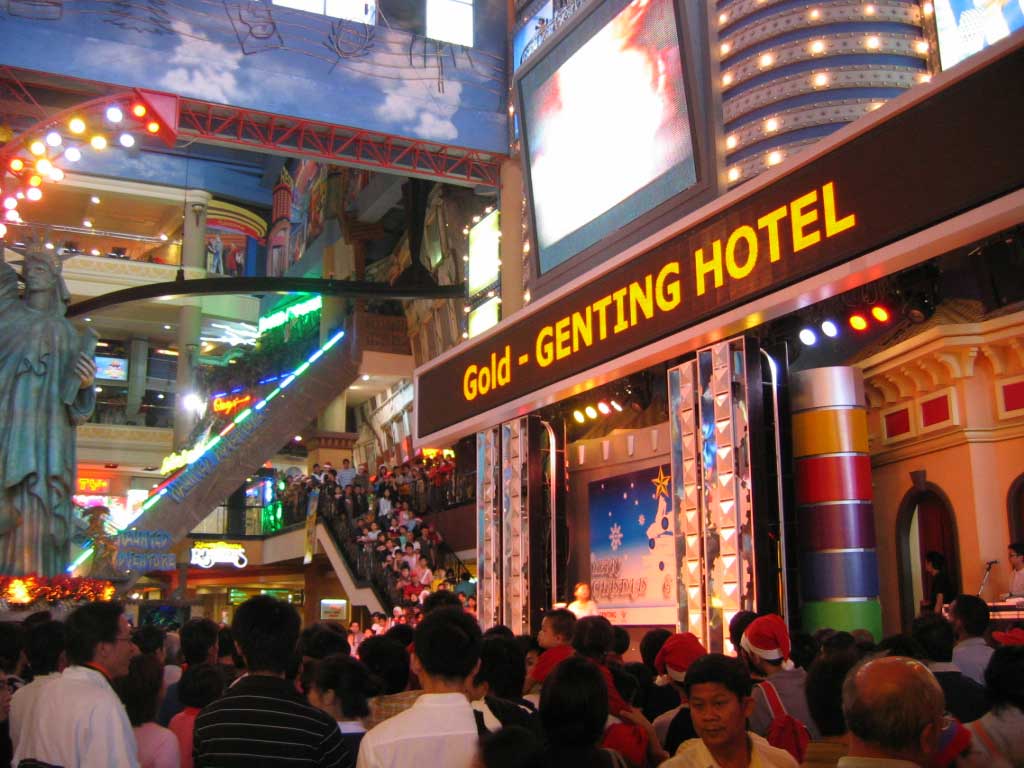 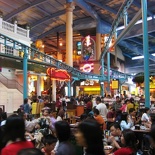 Holiday Trip to Genting and KL, Life Update. The travel journal, for now. Click on Read more at the bottom of the post to read more.

Trip to KL, Day 1 23rd Dec 2005- Night time
We started off taking 961 to beach road konsortium to catch our direct bus to genting, later do we know we have to take a sg reg bus to the checkpt because of a jam at the causeway.

24th Dec 2005- Early morning journey
The bus we took is not a konsortium bus,but another green/white vip 22 seater bus with no toilet, the thing is that there were 2 stops, one at a the usual public toilet &other at a bp petrol kiosk, but no supper stop! Grrrrr,

24th Dec 2005- Day time
Had breakfast at 6+am, first world plaza macs. As it was the only outlet open besides starbucks, which was strangely open so early too.
1st world hotel, 1st ever hotel in my life where we have to queue up with queue no to be served at the counter before getting our keys, even with pre booking! No 266. The lobby is big, so is the walkways & the building itself, but the rms are packed like sardines, like 1000 rms I heard, even there’s no place for the tv in front of the beds! 5 star my ass! 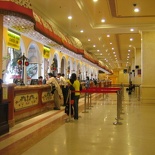 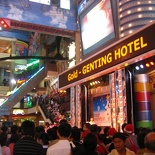 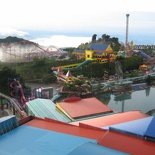 Rested in the room till 11am (from 6am where we arrived & had dinner at 24hr macs before concussing at the hotel lobby to wait for our checking in our room at 10am. We had lunch at the lao di fang ‘foodcourt’ before checking out the theme park for the day. Alot of youngsters checked in too by the numbers for a christmas party or so, very distinct from the distant noises they make from their rooms, (pity those stayong beside them) & the amount of rubbish they produce,not to mention the tell-tale digns of cup noodle moddle fragments littered at the common hot water dispenser. It like a chalet for them. Goog thing we ae staying about 5rooms plus from any of these groups…

It was raining, so most rides are not in service, the hightlight of the outdoor theme park is only the corkscrew & spaceshot, so not worth 43RM just to enter. The friendly staff advised again going in in the rain. We ended up at the indoor themepark in 1st world plaza where everyone was too because of the rain. 23RM for an unlimited indoor park pass is not that bad enter, as dad went to buy straightaway for us dueto the weathet etdown, but it turns out there are actually ot many rides there, so as we thought, were free now:
Rides we took:

Euro express – the mechcanic just have to do their routine inspection just when its our turn to ride, after waiting 30mins! Come to think bout it jus are jus idiots queuing 30mins for a 2mins ride, but so was a thousand over others too.
Bumper cars – yea the dreaded stories of slow tapping (not bumpercars) are gone! They have new vw bettle like new cars now, much faster & bangable now. queue time 30mins.
Motion master – This ride is a free ride now! Plus pts the 3D stereo goggles, air face & leg blasters & water mist. But the show sux, otally against the ghost queue line setting. like some kiddy alice in wonderland show, should have a more exciting racing/coaster one.
Flying coaster – The ride is the only isolated, pay to ride ride at 10RM per head. It overhyped in genting despite the fact of it being nothing up at all on my thrill coaster list, though being on the must-ride on the list here. Dad as usual is an idiot at opetating the camera who always end up mistaking the on/off button for the shutter button when taking a photo. Luckily the onride photo with Sheena is descent enough, for 10RM too.

Dinner buffet
Dinner was at resort café, we checked out the place earlier in the afternoon to recce & checkout the spread they are having. Being an international buffet spread for 41RM per head. The food & spread were descent with the exception of a late encounter taiwanese tourists who have no sense emotional intelligence, emptying patters of food at a go without a care of the food queue behind, standing infront of people who are trying to take a photo or even fight for food. Besides tat the ambience was nice with christmas music piped into the resturant with santa/elf dressed staff & christmas carols, an unreal feeling in a muslim country.

Christmas hats are still going at 10RM for 2, but I am still not buying them! As it had the ulgy genting embordery on it, yew! The arcade with all the cool games require the genting’s version of the ‘tapz’ card to work, min with a 23RM payment (20RM credit, 3RM card refundable value. They actually have ghostsquad! On top of initial d too. Which I know on my last visit earlier this year. Finished it till mid of the 3rd level in one credit! This is one of the games which attracts a lot of attention in the arcade- always gathering large crowds on playtime. Played timecrises 3 with lousy zero (they always never get that right!) Got mum & dad to play matttt superbike, dad got a gd race while didn’t even knowhow the accelerate!

Ending christmas eve. The night ended with a short walk through first world plaza for some icecream costing 7SGD for a single scoop cone before heading to the hotel room & calling it a day.
(end blog at 11:30pm)