Home Technology Gadgets Its ALIVE! & oh yea, its sunday too… 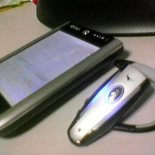 Though this happened early this week, I guess I would put it down here anyway. If you remembered my previous post of the rather laughingly funny experience of me accidentally drowning my v3 bluetooth headset, (by forgetting to take it out in the wash). I have some rather interesting yet scary news as an update. Yes it was confirmed dead like weeks ago after the event, but just when I was about to send it in for repair early this week, mum tested the headset with one of her colleague’s phones first… & it paired strange! Initially I took it lightly & thought mum was pulling my leg… like it was a joke or something as I remembered tried turning it on before, but to no avail.

Later do I know back in my hands is the very same bluetooth headset (which went through the washing machine, detergent, dryer, clothes line, sun & only to be discovered after ironing), which flashed its leds when I TURNED IT ON. No gimmicks here, its the same headset, same serial number, neither did mum secretly brought it for any instant repairs or so, & there it is – working! Amazing! Maybe it didn’t dry up completely or so few weeks back… so I can’t turn it on.. but won’t the circuity be fried the moment I do that? & why it choose to work all of a sudden? But who cares its working perfectly, everyday now. Now I not only have a working & flashing bluetooth headset, but a rather clean one as well!

Got some spare time to cook up a new review on the Motorola HT820, a new toy I’ve been “toyin” with this week. Its in the site’s article section. Check it out! 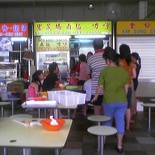 Ok, todays stuffs
Lunch was at yummy Ang Mo Kio for the super popu-licous Loh mee & Laksa. I haven’t eaten from that store like in ages & I just have to down one bowl of each… haha. A short tea break at the nearby coffeeshops followed thereafter where Sheena showed me her rather impressive skills at 7-eleven into “packing the most amount of Mr Soffee into the soffee mini papercup”. Mr soffee prices are down to $1 a cup from $1.20 islandwide, maybe in response to Mac’s 25c cones. Furthermore they had chocolate favours up today.. sweet! Overall, just think an oversized orange tree/bush growing out of a small pot, so thats the icecream – cup ratio. The cashier just stared at the ice cream cup eyes wide-opened briefly & then kindly replied: “$1 please”.

Dropped granny’s for a short visit where as usual, grans couldn’t get enough of serving fruits & food to us in-house as guests, even to the extent of emptying her own fridge! We left early for orchard next as Sheena wanted to buy some stationary at popular & a screen filter for her Motorola Razr V3. So its off to PK where they ran out of the Japan-invented USB powered air ioniser I wanted to purchase.. dang, no ionised air in my room for the time being. Met my NS friend, Choo on the streets too. Also this was also a chance for me to test out how many heads can I turn today along orchard by wearing my loud Oakley persimmon half-jackets combi together with my Motorola HT820 headphones all coupled with a very casual dressing, topped with sloppy sandals. Umm say it was 4/5 head turner ratio (yea I am getting better everyday!) You knoe the thing about me is that I don’t follow trends, I set them… oh man I am good!