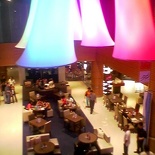 Got some time to rest at home after the morning event. Then its Dom again for a weekend movie. I didn’t manage to catch Inital-D with the group last week, so its War of the Worlds this week. I was at orchard ahead of meeting time as I got tried of slacking at home in front of the comp. So I dropped by early to Lucky Plaza to check out whether the Motorola HT820 is in store, obviously no. Then its Wisma orchard Sony Ericsson showroom to check out my next possible phone, the Z800i, but its whoa huge, but I like the motion eye concept though, Sony just does it in style, something Samsung don’t. Afternoon movies is on at our usual Lido Orchard, this time its KFC over Subway, haha 400 over 250 calories.. but after a bialthon.. nah!

Thoughts on War of the Worlds
I think is one of the lowest budget films Steven Spielberg ever made, with so much CG to cuts costs & such. Overall if you love thrillers or movies which focuses purely on nothing but destruction, War of the Worlds is just for you dude. Furthermore atmist the destruction, it brings about the very true behavior of human nature, rather disturbing at times of crises though. Brrr… Contray to what we actually experience from heroic real-life figures in scenarios such as the 911 incidents. Anyway, getting attacked by aliens on the global scale is not something we experience everyday though, so such dirty & selfish behavior in the movie could be a result of prolonged distress & anxiety, which is still disturbing. I just wish that we humans would life in harmony with the absence of such nature. For you aliens out there with extra inter-galactic terrestrial Internet or so & are reading this blog from, where ever you are, STAY at home & MIND your own business. Or the MIB will kick your asses…. *DUH* As the saying goes, high emotion= low intelligence, its a balance you see! All in hand, you can’t expect much from Amblin films, where it like always.. ohhhh E.T…. ohhhh…

Final Thoughts
I just gotta get hold of one of the deatomiser ray guns & shields the walkers have, they are just too cool! & come to think about it, the show just look exactly like scenes in Half-life 2, with walkers & stuffs… 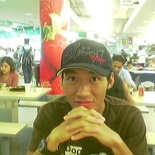 After a rather “fast” meal we decided to drop by hereen to check out clothes & stuffs. Amazing, they are retailing the Motorola HT 820 at $279 there, abit expensive from the expected $219. After a short debate on buses, traffic & so, we decided to walk from orchard to Marina Square partly as Dom wanted to lose some calories & considering that traffic is indeed very bad in the city area cos of the road closures & national day rehearsals, (we ended up walking faster than the traffic anyway). Marina Square had definitely undergone quite a Major makeover, not to mention its new foodcourt on the upper floor. For $3.50 I can get a mini wok crispy noodle with a serving portion for 1 1/2 persons – perfect for high metabolic people like me. Its actually quite hard to come by stores which actually serve more on the plate than what they pictured on the signboards… which I LOVE.. haha PORTIONS! my favorite. However, the opposite is most of the time true… *sob* There was an ultra long queue for the roosted duck rice, like 20 people or so.. whoa now thats popular… maybe should drag mum & dad to try out the food there someday. 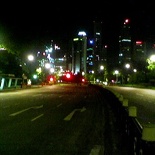 With road closures around city hall, it looks like the Queen of England or George Bush is in Raffles City man- Security is just super super, tight you can walk 5m-10m without passing cops on prowl outside & inside, with mp5 sub-machine guns & such, not to mention hidden snipers & lines of police make-shift tents, with enough accessories, stun guns & torchlights, etc enough for a small army. They are even using the same Pelican brand of torchlight I use in the Army. A good choice & a true sign of quality *grins* Security checkpoints are also evident inside & outside the building not to mention the lines of barricades, concrete obstacles & police vehicles lining the whole perimeter of the complex. Yea the Olympic committee is something not to be reckoned with, especially with our country’s reputation at stake- where security of the VIPs are concerned. Even Hilary Chilton is dropping by soon, haha to much security to handle? panic!

Dom wanted to go to the esplanade library to borrow some DVDs before heading home & man is the national day rehearsal, irritating- not only I have to out up with planes & helicopters making so much noise overhead everyday but they just have to close our roads & divert our buses- to the extent that even all bus services from Nichol highway have to merge & share the same existing bus stops at Peninsular Plaza, & man did I mention that it is PACKED? The authorities should do something about crowd management there.

Interesting day? & man I am tried, did I mention I ran a bialthon this morning? whew! 😆